When we were approached by the Crowne Plaza, Leeds team to design their new restaurant menus, drink menus and room service tray covers, we wanted the design to be something that was completely unique for Bar & Kitchen @ LS1. Initially, the team wanted something typography based, but the brief soon changed and we're so glad that it did now that we have seen the outcome!

The client wanted something that represented 'Leeds' and loved the shape of the skyline of the beautiful city.

Our design team then took things into their own hands. With sketching being one of the strong points that the team has, they free-hand sketched some of the most recognisable landmarks of Leeds and collaborated this into one big skyline. The landmarks varied from the beautiful Town Hall to the iconic Victoria Gate John Lewis. You can also see the well recognised Bridgewater Place and the Royal Armouries in the sketch. Not only did they want the skyline of the city, but they also requested that they have the lights that hang from the top of the bar in Crowne Plaza incorporated into the design.

The team chose a sophisticated dark navy blue to be the base colour, with the illustration carried throughout having mustard hints and the text being a clean white to stand out from the darker blue.

Have a look for yourself! 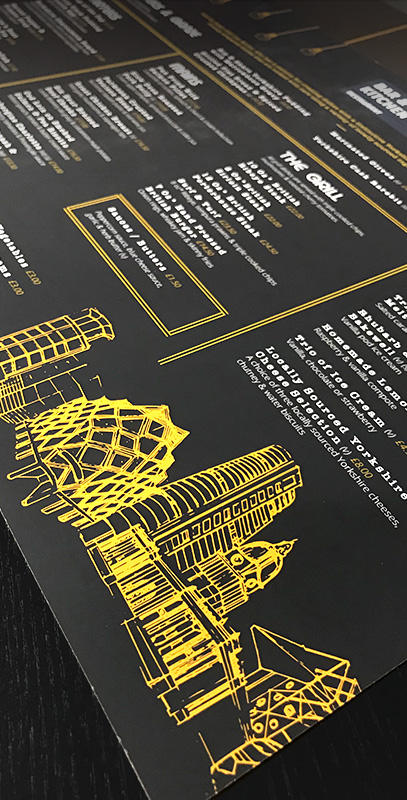 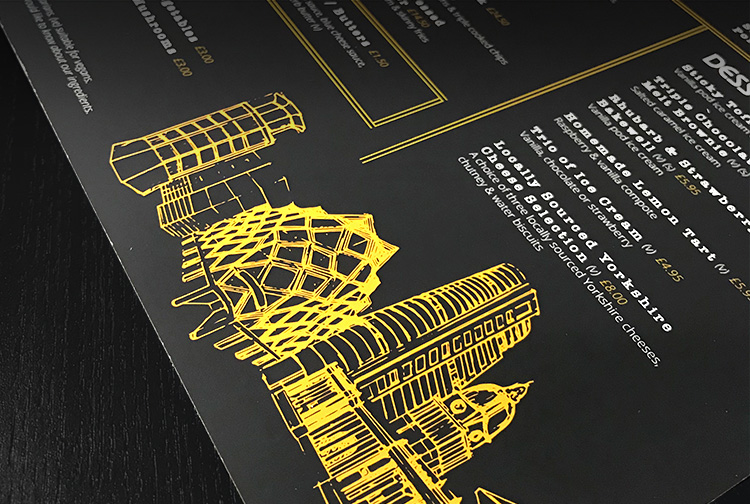 Our Cookie Policy
If your browser settings permit, we have placed cookies on your computer for analytics and other site-improvement purposes. You can give or withdraw consent at any time by changing your cookie settings.
Don't show this message again
X